MVC 6: Your Web Development World is About to Get Rocked!

If you missed the live-stream of our latest webinar on 7/22/2015, never fear! Check out the link below to get yourself up to speed with MVC 6. The webinar is led by instructor and skijoring enthusiast, Don Kiely, and I should warn you in advance ...it will rock your world! For years, Microsoft did its best in battling rapid changes with the Internet to keep its ASP.NET and MVC technology up to speed. However; it's been nearly 15 years since ASP.NET first hit the web, and those changes simply became too dramatic to overcome.

Enter Visual Studio 2015, Microsoft's way of throwing out the "old ASP.NET manual" and rebuilding things from the ground up. Visual Studio 2015 was released on 7/20/2015, along with the .NET Framework 4.6 and updated web development tools. With MVC being part of ASP.NET, it has strapped itself in and come along for the update adventure! This massive update now sees MVC boasting new features like broad support for new web technologies, as well as editor updates for JSON, HTML, and JavaScript. It will also now be much easier and more fun (!) to write robust web applications thanks to tools like HTML5 and CSS. So this is a big deal? Absolutely!

Not only is the jump from ASP.NET to ASP.NET 5 as significant as switching from Classic ASP to ASP.NET was, but this bad boy is also open source! MVC, Web API, and Web Pages have been combined into a single unified open source programming model, which is hosted on GitHub. There are new tag helpers, view components, simpler dependency management, dependency injection, and more! As you can see, there is suddenly a lot of stuff to learn about the all new Visual Studio 2015. With our new webinar, you will get a high level look at the newest MVC 6 and ASP.NET 5 features, as well as a jumpstart on building web applications using the new Microsoft stack.

Instructor Don Kiely will walk you through these new and exciting changes and features, and have you ready to be a Visual Studio superstar in no time. Check out the link below (it's free)...just be sure to turn the volume up to eleven! http://www.learnnowonline.com/webinars NOTE: Both MVC 6 and ASP.NET 5 are included with this release; however, you cannot yet use them for production purposes. The RC1 (release candidate 1) for ASP.NET 5 is slated for release in November 2015, which will have a "Go Live License".

This "Go Live License" indicates that Microsoft is ready to fully support ASP.NET 5 and MVC 6 and that they are confident that users will be able to use the technologies for production applications. A helpful roadmap of release dates can be viewed here: https://github.com/aspnet/Home/wiki/Roadmap 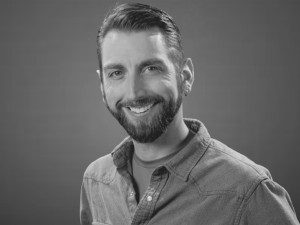 Zach Young manages the LearnNowOnline customer support department. In addition to making strange but surprisingly delicious smoothies, Zach divides his time between the LearnNowOnline recording studio, providing sales demos for new and existing clients, and ensuring that each customer is taken care of. In his spare time, Zach enjoys globetrotting with his wife, playing and recording music, and attempting to get the required 1.21 gigawatts for Doc Brown’s DeLorean.

This blog entry was originally posted August 04, 2015 by Zach Young